I can thoroughly recommend Colleen’s book Fairies Myth and Magic. A journey into the Summerlands and one which I dip into when I wish to dream.

A serial killer roams the streets of Brighton, hunting for his next victim.
When the case lands on detective David Mallory’s desk, will his personal demon prevent him from bringing this vicious monster to justice?
As the body count rises, Mallory finds himself sinking under the weight of his heavy secret – one that could jeopardise his job and his reputation.
With the pressure building, can the troubled detective reconcile his issues and solve the case before more women die? 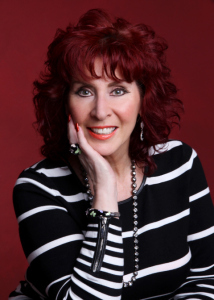 This week we are promoting D G Kaye’s wonderful novel Words We Carry. D G Kaye is a wonderful writer who tells us from the heart about her experiences in life. Every one of her novels is a stunning read.

This weeks promotion is a favourite book of mine. The Curse Of Time Book One by M.J. Mallon.

The story is intricate, and so are the characters that fill this wonderful story with their own personalities and quirks. Up is down, black is usually black, you’ll get turned around and back again in a very enjoyable way. Read this, enjoy this and then read it again.

This is a link to Coleen’s site where you can read the full article. I have read Fairies Myths and Magic and highly recommend this book. A wonderful uplifting read an extra boost when cold weather and winter winds beckon.

This week’s Street’s Ahead promotions is Life and Other Dreams by Richard Dee.

“The Holocaust began in the hearts of people. As soon as you go and say “that Jew” it has begun.” Page 385 This Is How It Begins. by Joan Dempsey

The picture which headlines this review is of a Roma Sinti girl at Auschwitz. Millions of Jewish people, Roma people and gay people were victims of the Holocaust.

It will never happen again. I’ve heard that line from many who have spoken on television documentaries or from people I know.

It must never happen again.

This Is How It Begins is a novel, a work of fiction but…it is set in our times, present day, with our plethora of social media, search engines, mobile phones. Everything just a fingertip touch away if we wish to find it.

Joan Dempsey takes us on a journey into the past and the present which starts to reflect the past.

Ludka Zeilonka born in Poland before World War II, lived through the horrific violence of that war. Now 85, married and living in America she is thrust back into the memories of Nazi occupation of her town and of the Jewish people who suffered alongside them.

Her grandson, Tommy is a teacher and secure with his life. Until, in schools across their state, teachers are fired for conduct unbecoming. Their crime? They are gay.

The masterminds behind these firings are a fundamentalist Christian group who believe their children are being persecuted for their Christian beliefs and subjected to teachings which go against that faith.

However, throw a stone in a pond and the murk will rise to the surface. There is far more going on behind the public statements and Ludka must face her past as this modern-day pogram threatens her family and her way of life.

Joan Dempsey writes with confidence and her characters stay with you long after you have put down the novel. It stirs your thoughts and makes you question what you know to be true, or is it? In short; this novel has its finger on the pulse of today and how hate crimes and violence against those who are painted as being different is not so different from how it might have been in Nazi Germany.

A wonderful novel, so well written with a voice that whispers before it roars its conclusion.  I will remember this novel long after it takes pride of place in my bookcase.

It stirred so many emotions in me, so many. I cried, I became angry and fearful too. In my family, Irish and Roma, the past is a two-headed snake. I am married to my wonderful wife and we are in love with a beautiful future to look forward to. No one has the right to take that away from us.

“Let him without sin cast the first stone.”

The song accompanying this review is Djelem Dejelem – I’m Travelling

"TRUTH IS STRANGER THAN FICTION"

Dreams of a mori girl...

dreamer of dreams, teller of tales

Throwing my soul into the cosmos.

Live life in a livable environment.

Travel Guide to the Countries of the World

Australian Traveller that loves to "Roam" our globe, creator of ENDLESSROAMING.COM sharing the experience through word and photography. Currently residing in my home of Newtown Sydney but hope to be back on the road late 2020. Feedback / questions are more than welcome, happy travels

Seeking to separate the pure Truth from any impure traditions of men.

Where Books Get Promoted At Half Price

YOU MAY BE MY LAST AUDIENCE